The Underlying Pattern that Shows Why Fivefold/APEST Gift Confusion Exists 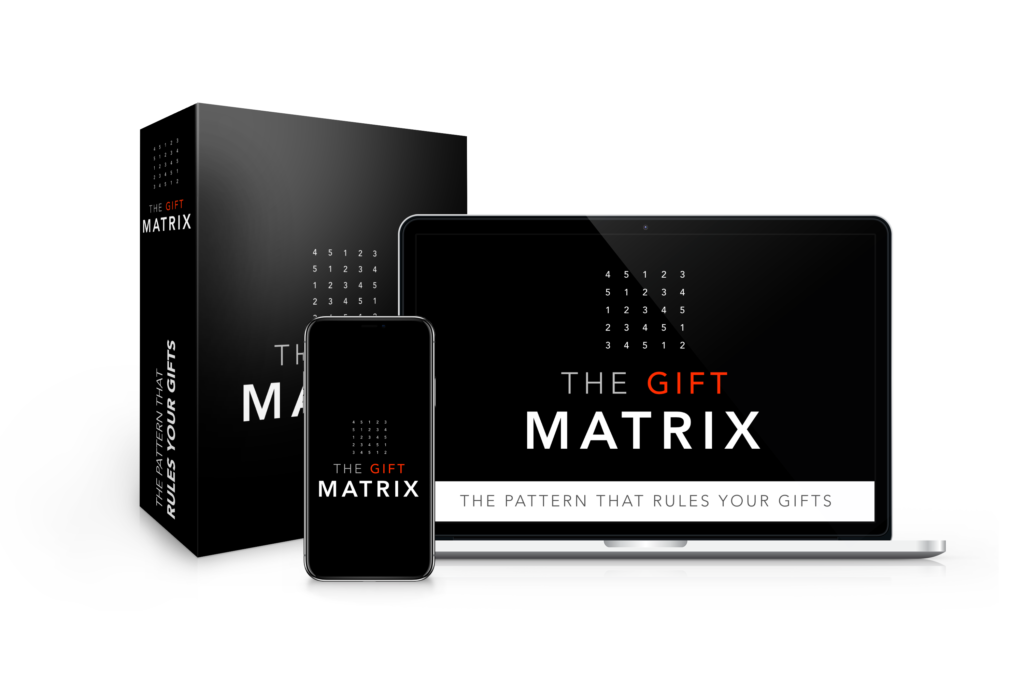 of a Gift Matrix Example

What I have learned after about 10,000 people have taken the APEST/Fivefold Test and...

Now, I understand why...

Some Apostles think they are Evangelists.

Some Prophets think they are Pastors.

Some Pastors think they are Apostles.

Some Teachers think they are Prophets.

Some Prophets think they are Teachers. 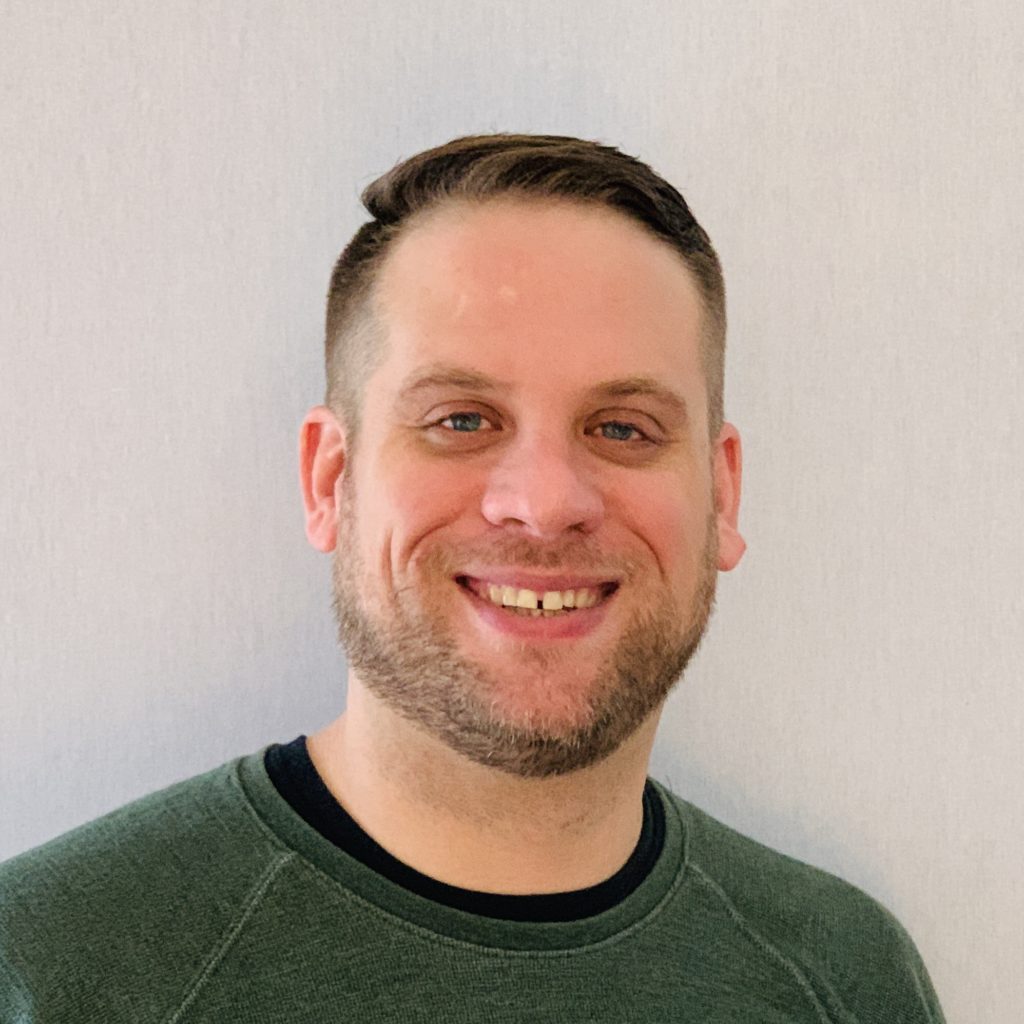 I have had five pivotal A-has! that set me up to find the Gift Matrix, or more accurately to be positioned where the matrix found me.

1) While writing a first draft of a fiction fantasy novel playing the Fivefold/APEST gifts out, I was forced to think creatively about how to portray them, thus causing me to think about them in unique ways, which drove me to explore and learn the absolute essence of each gift. New angles, concise and fresh insights downloaded into my heart in this process. (That book is still in process).

2) I built a Fivefold/APEST Test (that you probably took) that has been validated time after time by people as having unusually accurate numbers and the test quickly surprised me by climbing the ranks of Google making it to #1 on page 1, to a point where people have taken it 10,000 times.

But there has been another response to the test that sparked a fire in my heart to understand and know how to help others navigate it. Namely, that people felt like their results surprised them because it revealed that they had gifts that hadn’t been emphasized or given permission yet because deep down, they knew it was true.

3) In my one-on-one coaching meetings with people about their results I have learned that the APEST gifts are often untapped or confusing. People have consistently told me that my APEST gift descriptions/summaries are “fresh” and “surprisingly accurate,” but even after people having some breakthrough revelation, I have noticed it is still often hard for people to own their APEST gifts.

Time and time again I heard people talking and acting like APEST gifts that didn’t show up having the highest results on their test. Perhaps my test was flawed? But I have good reason to think otherwise, because I have had enough validation from others to show something else was going on…

I pulled out my magnifying glass and busted out Sherlock Holmes-level-curiosity. As I began to pay closer attention patterns began to reveal themselves of what each gift looked like when it was either insecure or overconfident.

4) So I built a chart with my first observations, then I began to update and edit the chart until I had my biggest discovery…anytime we tended towards extremes, people incorrectly self-identified as another gift! Eventually, I called these gift masks.

5) I finally noticed there were other APEST gifts that we engaged that we typically use “as needed”–that complement our primary APEST gift. I call these the Gift Magnets. So, the five APEST gifts are unavoidable, when you are not engaging one, you are engaging another, because the APEST gifts represent a holistic system or engine.

There are days when you discover things when you think, “Maybe I am smoking something” or “I am on to something huge.” Well, I am not smoking anything, so I have concluded with enough validation of other people shaking their head in laughing agreement to the pattern within the matrix that–Eureka, I am on to something…huge!

I want your process of identifying your APEST gifts to be easier for you than it was for me, and hence The Gift Matrix course was born.

This course shows WHY and HOW Satan is Playing a Masterful Chess Game of Gift Confusion...

Move 1: He wants to convince you the APEST gifts are not for today. Well, he is losing at this one.

Move 2: If you do believe the full APEST exists he wants to convince you that, "You surely don't have the right to be that or use those gifts."

Move 3: If you have managed to think it is okay to use your APEST gifts, the Accuser will do his best to keep you in a counterfeit role (gift mask). And he will try to keep you in checkmate for the long-haul in this "safe" and "easy" position, rendering you 10x less powerful than you are designed to be.

Finishing Move: With all moves Put an end to Kingdom Movement.

You want some Supernatural Power in your Life?
You want to see God work supernaturally in your world?
True Jesus-breathed
Love-Motivated
Impossible Power

The "masked" reason you talk like an Apostle, Prophet, Evangelist, Shepherd, or Teacher, but don't think you have that gift... 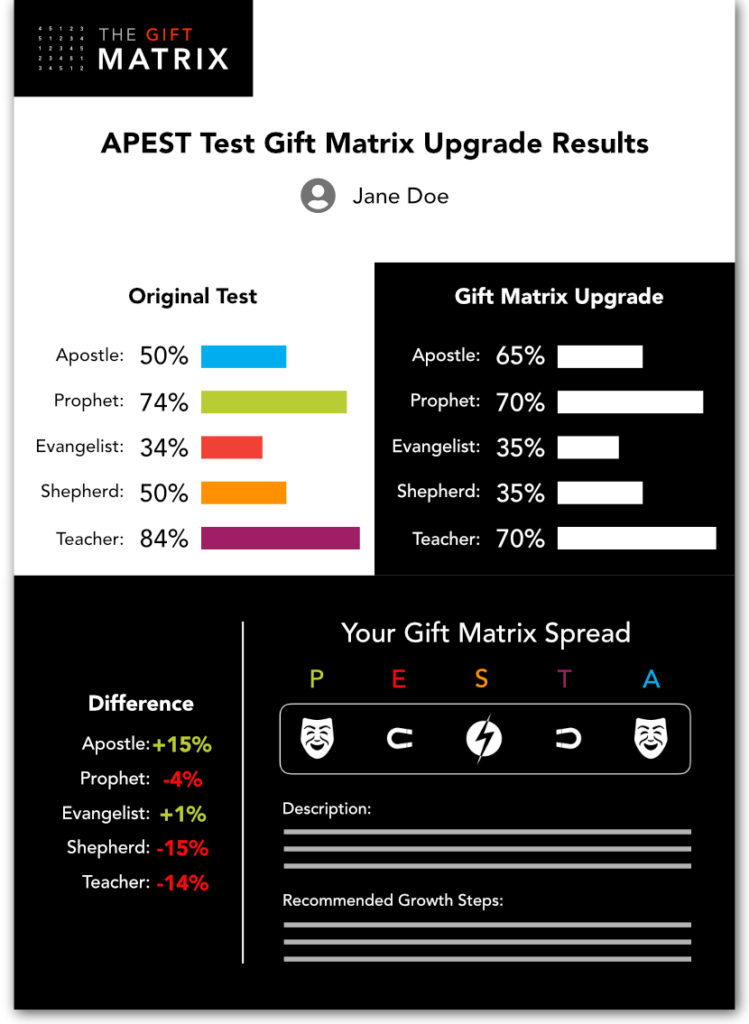 Plus, I am Tossing In Two Extra Course Modules For FREE: Gift Fuel and Gift Seasons 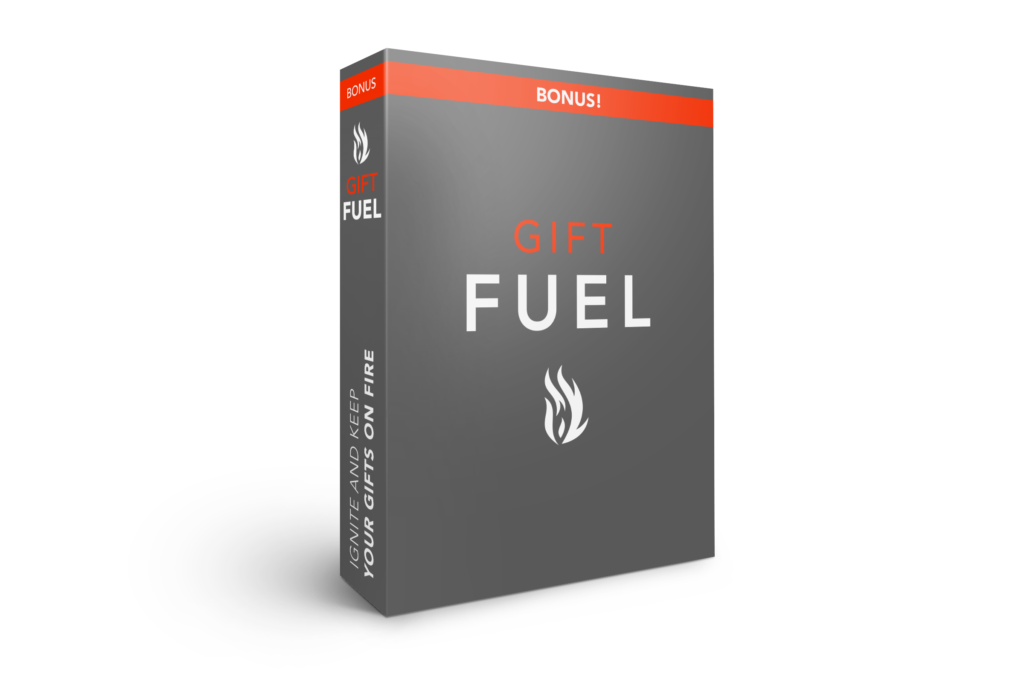 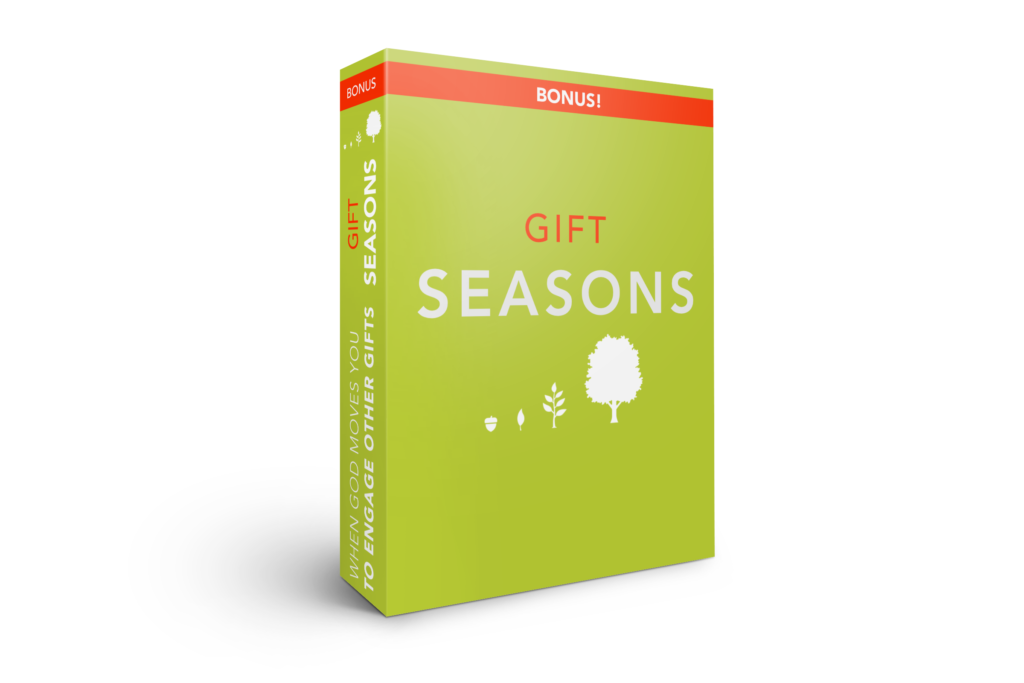 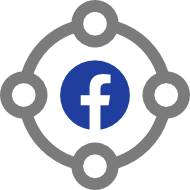 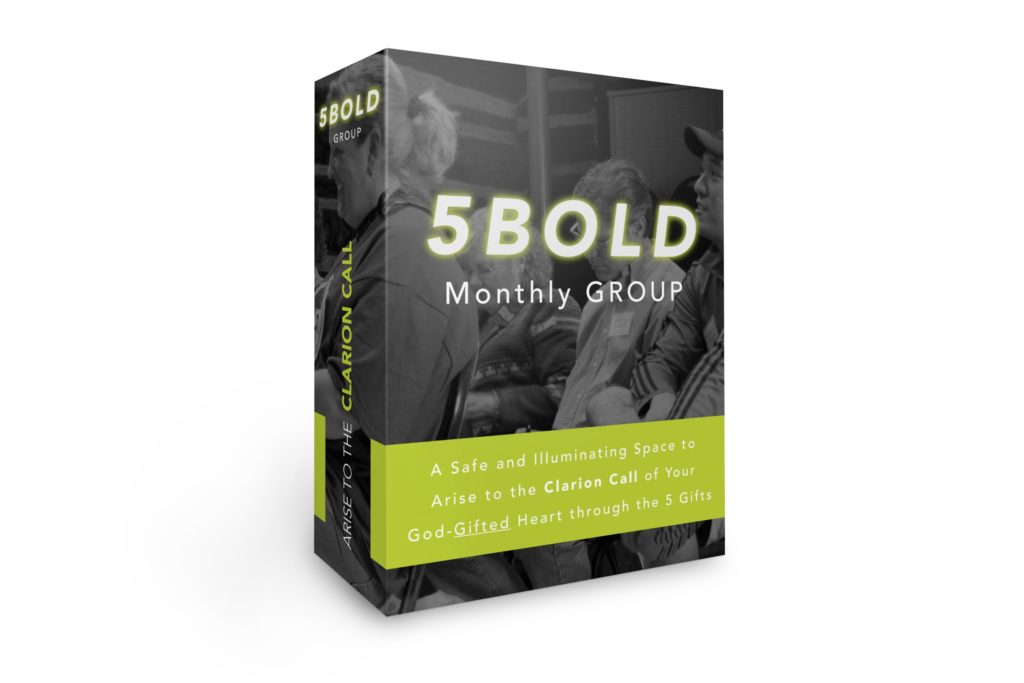 Meeting 1: Awaken the Source of Boldness (Your Heart)
Meeting 2: The Secret Sauce to Grit and Sustainable Boldness: Joy and Courage Together
Meeting 3: Foundations for Boldness in Community

This Course Will Open Your Eyes to a Hidden Reality

This Pre-launch deal honestly expires in...

This is a special launch discount offer, the parts of package will be released over time.

How in the world do you justify charging for money for courses?

Is there just a little part of you (like there is in me) thinking,
"You Pagan!
How could you charge for money for something that should be free?
Well, hold on to your britches, Billy.

Absolutely not!
I have plenty more to say about this topic in the future, but I would say this concept is one of the greatest heresies since...

Paying for our Indulgences in exchange for a Kiss or Touch of a Relics.
No, I am not saying that ministry cannot be free, but that ministry doesn't = free. When people think this they are usually meaning that when someone charges money it is extortion or fraud, that is a completely different thing.

I Want This, Let's Git'er Done.

What countries can participate?

All countries can now participate!

What kind of technology will I need?

To access the course you will log in on whatever your favorite browser is and on iOS and Android devices you would use their browser. All current versions of major browsers are supported: Chrome, Firefox, Safari, and Microsoft Edge.

Do I need to pay for my spouse or family members too?

Purchase of this Superpowers Online Course serves as one license to view the content for you and your immediate family, if you are married.

Is there a way for me to gift this course to someone else?

Yes! Go ahead and purchase the course. Go ahead and send us a contact form request letting us know what email you purchased the course under and the name and email address you want to send the course to and we will send an email to that person letting them know you bought them the course.

What is the recommended age for this course?

Right now we recommend high school-age (16 and older) as the concepts are adult-level, a little experience in life helps.

Do you offer a full refund if I deem you a heretic?

I am confident that what I deliver is powerful and transformational, but if, with an honest heart, you feel this entire course was a waste of your time, I am willing to issue you a refund, with one caveat…I will ask for feedback on what was not helpful before I issue the refund. You can request a refund up to 7 days after the date of your purchase or the date entire course is launched. Refunds are not issued if you haven’t used the course, if your internet connection has problems, technology does not work like your computer, laptop, device, or monitor. Once the refund is made, you will not be able to access any digital or online materials offered through your purchase(s) and I will require that you to delete any downloaded material.

How will the course be viewed?

The modules or lessons in the course will be launched within the schedule above and you will be notified by email when the newest one is released. Your login information will be emailed to you to view the content when the first course module is released.

The fivefold gifts are a powerful paradigm for understanding your God-given design. And that design is the key to motivation, fruitfulness and joy in your life. No one helps people understand what this means for their life as well as Tim does. 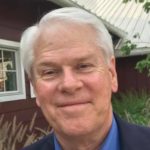 John White
Director,
LK10 Ministries
Tim has helped me embrace my calling by clarifying how I am uniquely wired as an apostle. His insights around how the heart and how I relate with others within the fivefold gifts has even transformed how I team up with my wife. 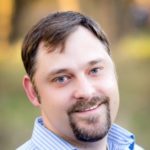 Eric Nevins
Creator of Halfway There Podcast
The Five Fold Assessment was not new to me, because I had taken it multiple times. The difference is Tim. He helped me see a much bigger picture of who God created me to be and what I’m created to do. I have changed my perspective of who I am in Christ as a result of our sessions. 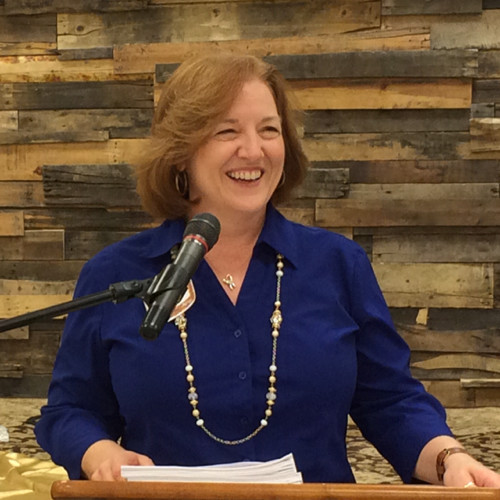 Kim Jessie
The Bridge Network of Churches
The coaching with Tim for my team and I has brought clarity to who does what in our journey together. It has not only brought to light hidden gifting but also brought clarity and empowering. I would highly recommend his services to you and your team. Well worth the investment! Life changing. 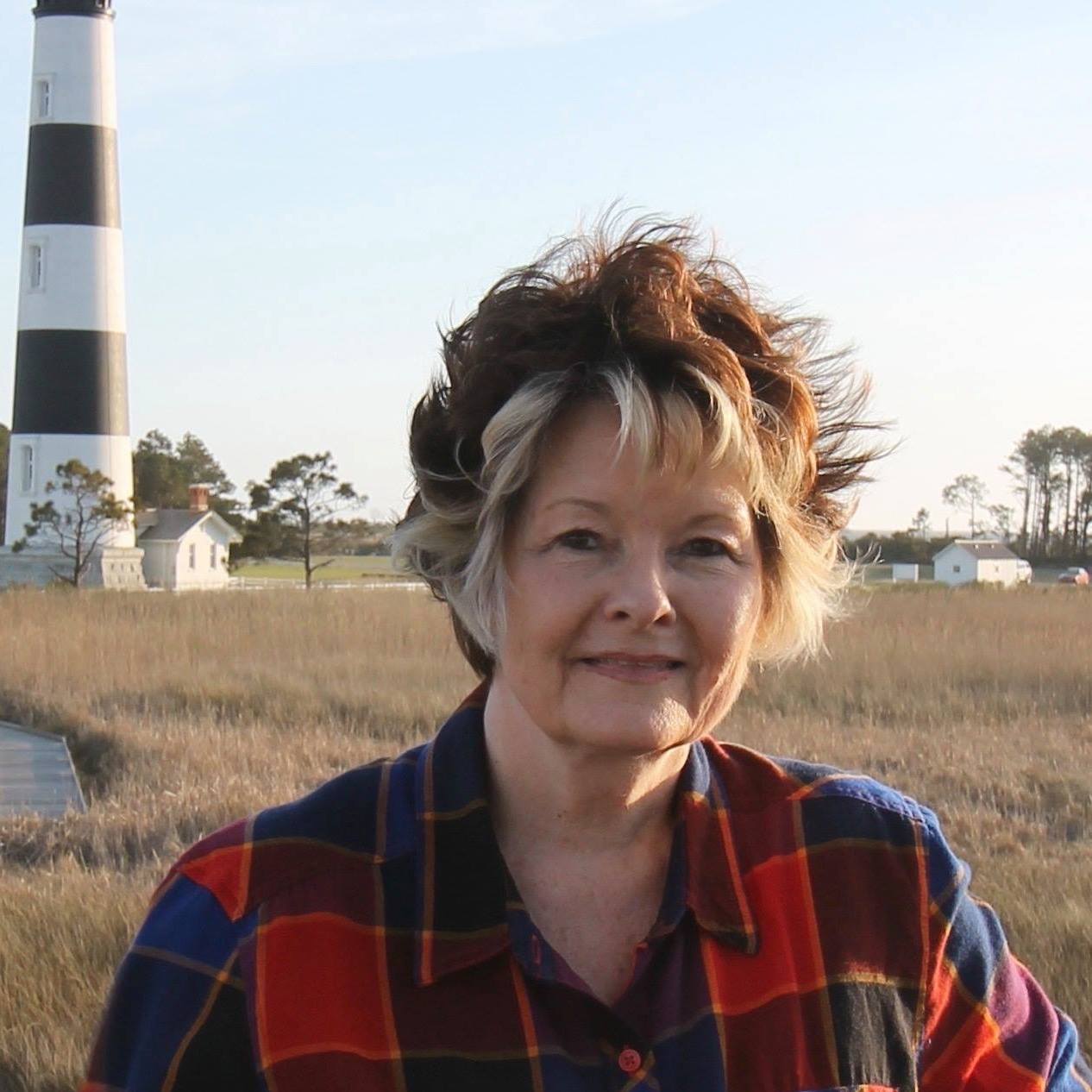 Esther McMichael
President, Good Fruit Ministries, Inc.
As I had no idea what my gifting was my meeting with Tim helped me so much in understanding the why? As a Christian of 11 years there has been so much i did not understand. It has given me a lot of insight into why from a young age I have had natural born leadership qualities but had no idea why. Even after taking the test it was only through Tim doing some self discovery with me that he found I am Apostle with prophecy and pastor. Tim showed the picture of the heart which was a revelation to me into how the fivefold is connected to the heart in terms of will, desire, emotions and mind with Apostle encompassing all of these gifts. This gave me insight into how ones emotions, desires, mind and will are intregal in not only who you are but when connected to your gifting drives who God intended you to be. 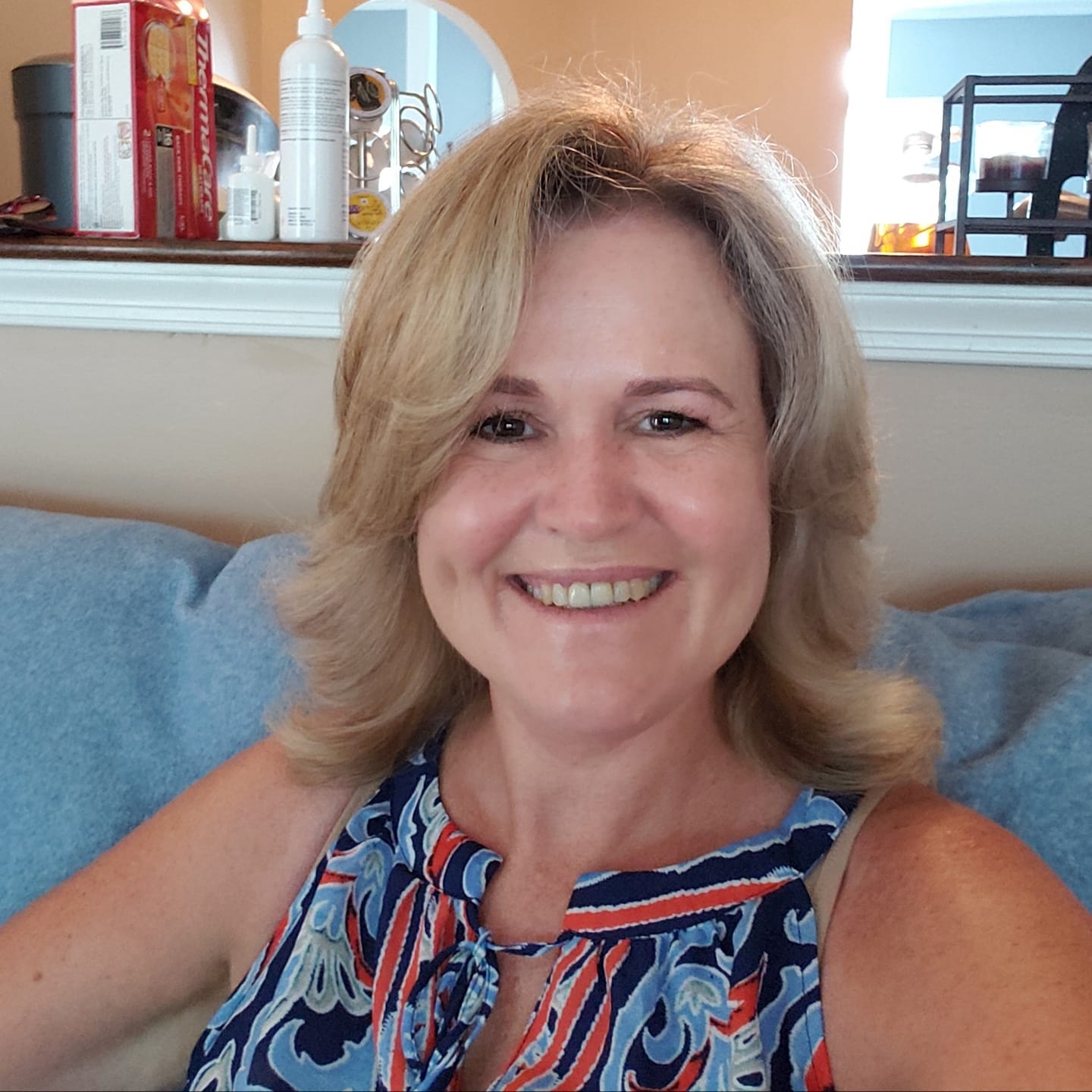 Got a Friend in your Life? (Lucky you!)

Please share about this course! (Pick your social network below)

Still have questions? Touch base here. 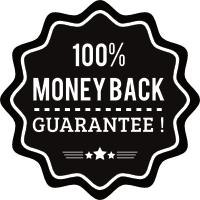 We are so confident that you will have a mind-bending experience learning about the Fivefold/APEST Gifts from this angle–we offer you a 7 day 100% money back guarantee. Check out the conditions in the FAQ section.

new clarity on your gifts lasts a lifetime

Design Discovery exists to give you radical levels of clarity, activation and support to engage Your God-given Gifts 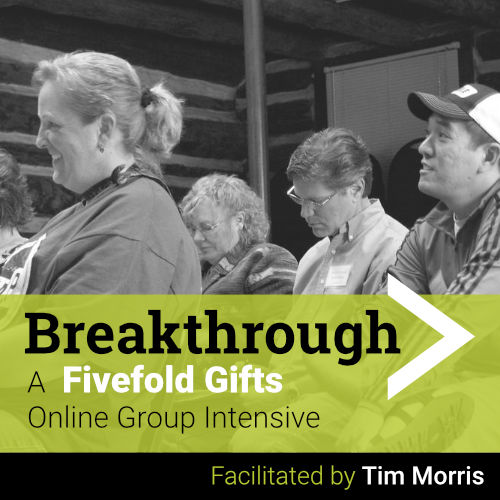